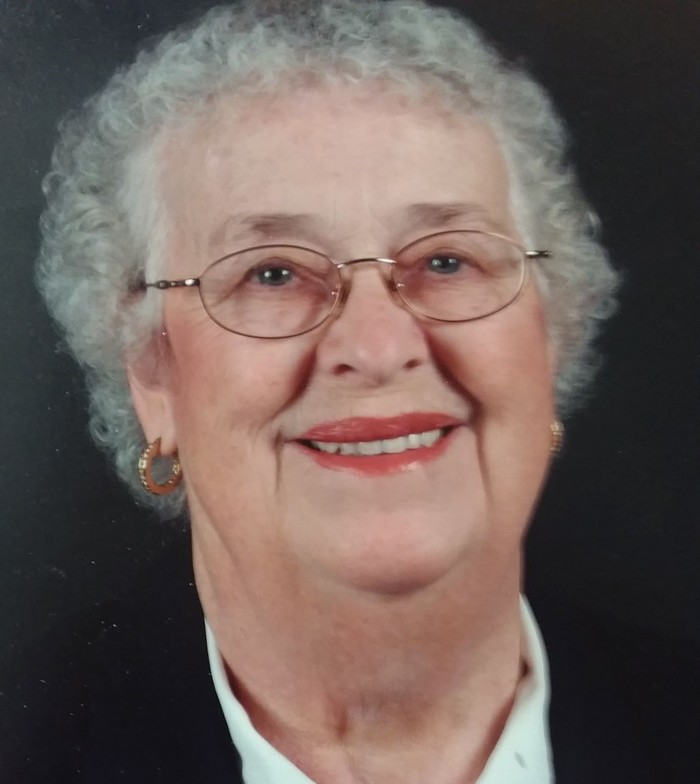 Memory from Trinity: Doris Krisko has been a member of our Trinity United family for more than 60 years!  Doris, her husband Jim, and their 4 children joined Trinity when the church was in downtown POCO at the corner of Shaughnessy and Whyte.  They were part of the intrepid band who worked hard toward building the “new” church at Shaughnessy and Prairie. Doris was a cheerful, faithful woman, a wife, a mother of 4, a Rachel UCW member and a tireless volunteer.  Whether it was being part of the Sandwiches for First United project, baking pies, or working at the Tuck Shop in her retirement complex, Doris gave back. She was a hospice volunteer.  Her supervisor, Mary Karyula, said of Doris— “She was always available to ‘sit vigil’ with a hospice patient.
Doris visited. Her caring, sharing, cheerful attitude brought happiness to those she met.  If there was a job she could do, she did it with a smile.  As one Trinity person recalls— “She was a really nice lady.”

Memory from the Trinity Times September 2021: Doris was born March 7, 1931 to the large Mennonite Dick/Neufeld family in Didsbury, Alberta. Sharing a horse with her older sister she rode to and from a one-room school and the New Bergthal church. Her father sold the family farm and moved to Mission BC when she was 13. She attended Mission High School until Grade 11 but had to go to work at the cannery to help with family finances. She was riding a parade float in the 1949 Mission Strawberry festival when she met her future husband Jim who had returned from the war and was working as a tugboat captain. They married November 12th just a few months later, celebrating 66 anniversaries until Jim's passing at the age of 96. They settled in Coquitlam welcoming three daughters and one son and Doris attended Como Lake United Church.
In 1963 they moved to Port Coquitlam and began attending the old Trinity United on Shaughnessy Street. She volunteered with the spring bazaar and thrift starting her long and varied volunteering in the community including The Red Cross for over 25 years, Community Policing, Pitt Meadows Senior Society, Eagles Fraternity, and lately the McBirney Creek Hospice where she ended her long life in their warm care on March 28th, 2021.