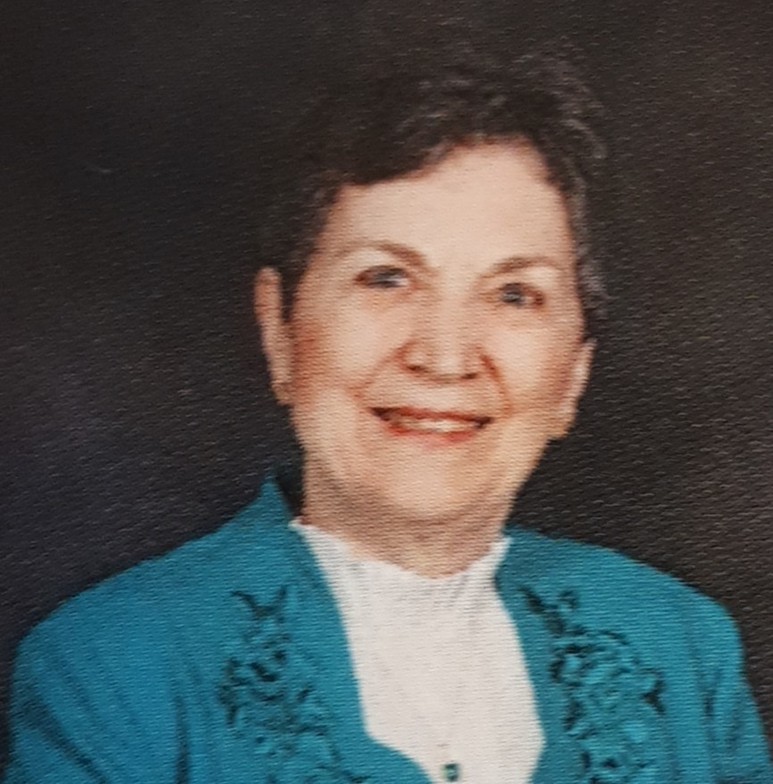 Memory from Mary K: I was asked to share some of my memories of Marj Parker and the first picture that entered my head was that of a woman in an emerald green suit singing and participating in the service. Marj could be found participating in very quiet ways on the periphery of many groups. She would go into the Thrift room sorting and helping in any way possible while others were busy with serving coffee or sandwiches. She could also be found helping with the preparations of community dinners. I remember the time she brought her granddaughter to help out as well. I had also shared time with Marj helping with Healing Touch work.
Marj was a retired nurse and felt that this was an extension of her Christian ministry. I was one of the many people from Trinity who made regular phone contact this past summer with those confined in care facilities. During these conversations Marj and I shared stories of our growing up years. She talked about her father who was a minister and how she remembers a postponed holiday because of an impending death of a parishioner. Marj spoke about her children and how proud she was of them and mourned the death of her son a few years ago. She was also very proud of her grandchildren and spoke about the visits she had with them.
I knew that right after supper time was not a time to call as that was when she met with other residents for quizzes. Marj also enjoyed going out for a stroll and she talked about hearing the Big Band concerts that were held in the summer. Marj also joined a group of us going to the theatre. She was very independent and would come from Pitt Meadows on the bus with her walker in tow.
I miss our conversation, as we always found some funny story to pass on to each other.

Memory from Maxine F: I am the leader of the Monday morning Study group and I met Marj when she joined the group. Marj grew up in the United Church, as her father was a United Church Minister. She had a strong deep faith which served her throughout her life. Marj always surprised me with her modern, openminded thinking regarding religion and spirituality. Her deep never-ending faith and wisdom enriched the group discussions and me personally. She will be missed.

Memory from Linda L: I met Marj Parker and got to know her through our Healing Pathway group in the early 2000’s. She was a regular member and a practitioner who used her gifts to bring relief and healing to many people. We are grateful for her participation in this ministry and she is missed by all of us.