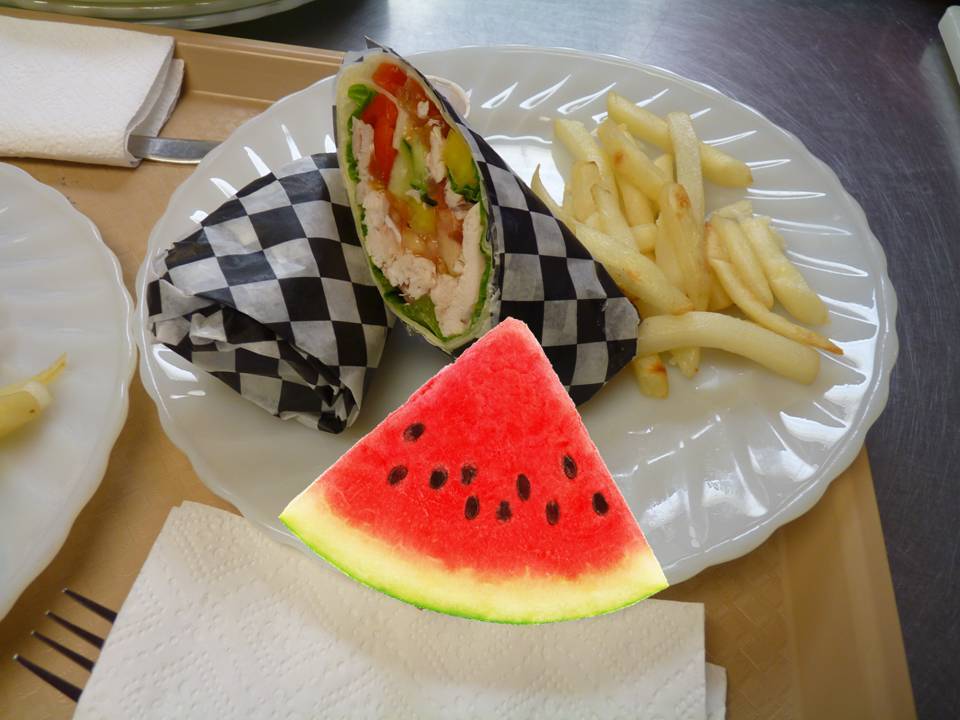 Paul’s Place serves a meal from 10:00 am – 1:00 pm at Trinity United Church
2nd and 3rd Wednesday each month (and every 5th Wednesday when we have that option.)

The menu will change with the seasons.  We have been serving a variety of wraps during the summer months when it was hot.

Paul’s Place Soup Kitchen was formed by a small group of parishioners of St. Catherine’s Anglican Church.  Paul Warwick, for whom the kitchen is named, was one of the founding members, and a chef.

The soup kitchen was begun in January 2002 at Trinity United Church, Port Coquitlam, where St. Catherine’s resided at the time, and has continued ever since, only stopping for two years during the Covid outbreak.  It has been held on the second and third Wednesdays of the month year round since the Food Bank began operating at Trinity in 2003.

In 2009 two other community groups began food kitchens on the first and fourth Wednesdays of the month, the Tzu Chi Buddhist Charity Group and the Soo Sung Presbyterian Church, and Paul’s Place opened on the fifth Wednesdays where applicable.  In 2010 when the Soo Sung Presbyterian Church could no longer continue, the Tzu Chi took over that week also, thereby keeping a food kitchen operating every week.  During the busiest weeks the kitchen would serve well over a hundred people.  The numbers declined to less than a hundred after the shelter opened on Gordon Avenue.

In 2021, when St. Catherine’s merged with St. Laurence Anglican Church, Coquitlam, Paul’s Place became an outreach ministry of St. Laurence. In 2022, once Covid had subsided to safe levels to operate the kitchen, Paul’s Place opened once again on July 6th.  We are keeping meals tasty and nutritious but simple to prepare in order to meet new safety and health requirements in the kitchen, and to keep the work load to a minimum.

TO VOLUNTEER: please contact Trinity United Church  office@ucpoco.ca with your name and contact information and the kitchen coordinator will get in touch with you.